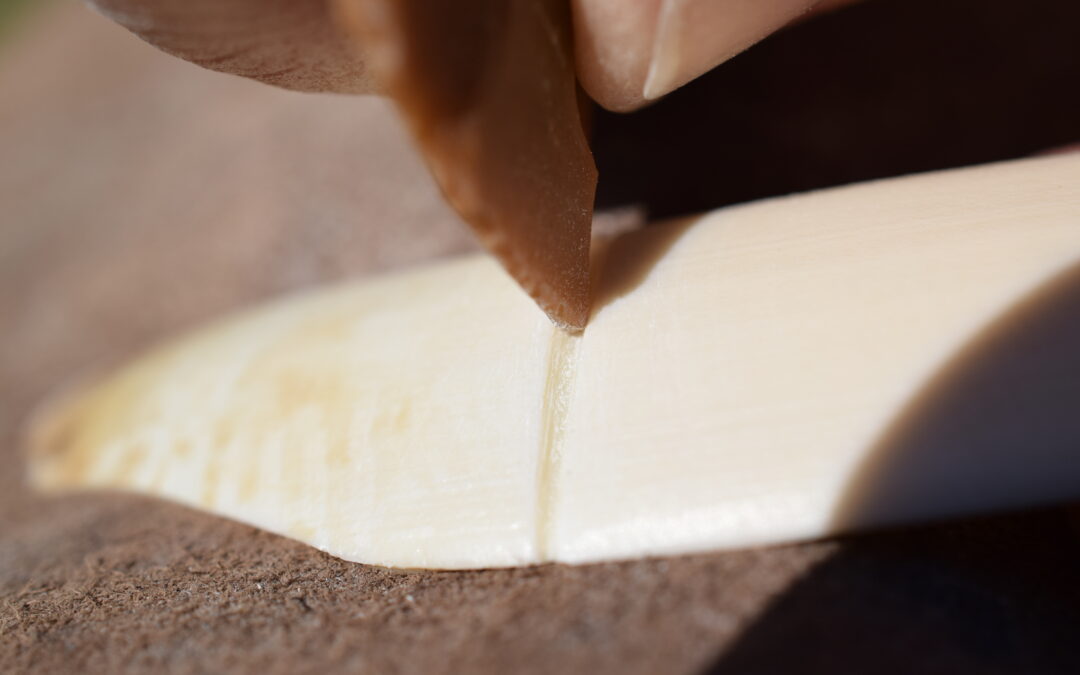 This paper proposes to discuss the Sus scrofa teeth technological exploitation and transformation into tools during the Neolithic and the Chalcolithic north of the Lower Danube. Four main variables were taken into consideration: raw material procurement, blank production, object manufacture and equipment maintenance. Tool finds from various prehistoric sites in Romania were compared, aiming to identify their impact on the economy of prehistoric communities, and to determine possible variations in their number/ways of use during the early prehistory. Tool typology is poor. The finds studied showed different degrees of use-wear, as well as systematic re-sharpening of the active front. In addition, finished tools are predominant in comparison to the sub-products of the chaîne opératoire. The almost lack of blanks may suggest no stocking was taking place. The entire tooth was used, resulting at times in several implements. Our experimental program, by following closely the technical transformation schemes indicated by the archaeological specimens, suggests that such tusk tools were used for woodworking.